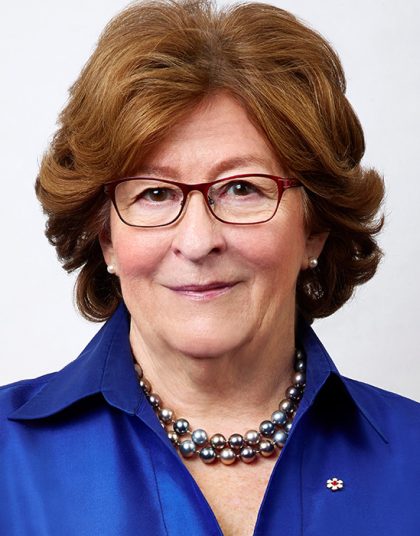 The Honorable Louise Arbour, C.C., G.O.Q. was appointed to the Supreme Court of Ontario in 1987 and the Court of Appeal for Ontario in 1990. In 1996, the Security Council of the United Nations appointed Madame Arbour Chief Prosecutor for the International Criminal Tribunals for the former Yugoslavia and Rwanda. In this role, she secured the first conviction for genocide (Rwanda) since the 1948 Genocide Convention and the first indictment for war crimes by a sitting European head of state (Serbian President Slobodan Milosevic).

She resigned as Chief Prosecutor to take up an appointment to the Supreme Court of Canada in 1999. She was appointed High Commissioner for Human Rights at the United Nations (2004-2008), and the UN Special Representative of the Secretary-General on International Migration (2017-2018). Madame Arbour, Senior Counsel at Borden Ladner Gervais LLP, was appointed in 2021 to lead an independent review into sexual misconduct in the Canadian Armed Forces.

Madame Arbour has received numerous honorary doctorates and awards. She is a Companion of the Order of Canada and a Grand Officer of the Ordre national du Québec. 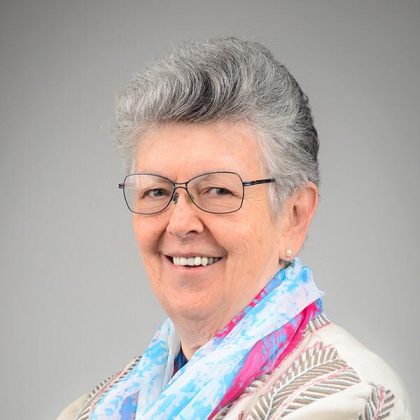 President of the Inter-American Court of Human Rights

Elizabeth Odio Benito, President of the Inter-American Court of Human Rights and former Judge of the International Criminal Court, has dedicated her professional career to erase inequality and injustice. With extensive practical and academic experience in the field of human rights and international humanitarian law, Benito became the first woman professor at the University of Costa Rica and later founded the Human Rights Institute in Costa Rica. Her decades of teaching, research and leadership around international human rights – and more specifically women’s rights – continue to inspire others.

Benito has been recognized with numerous awards throughout her career and has published multiple articles on political and social issues. 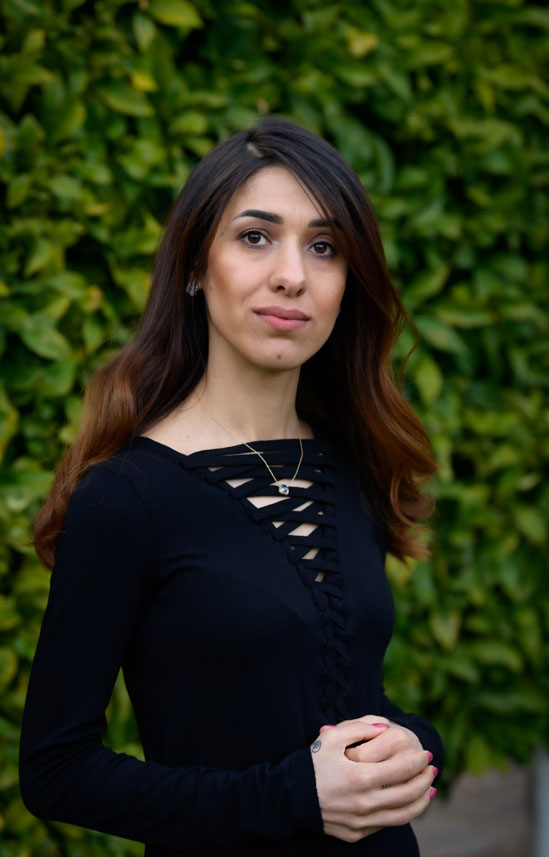 Nadia Murad, co-recipient of the 2018 Nobel Peace Prize is a leading advocate for survivors of genocide and sexual violence. Nadia’s peaceful life was brutally interrupted in 2014 when ISIS attacked her homeland in Sinjar – to ethnically cleanse Iraq of all Yazidis. Like many minority groups, the Yazidis have carried the weight of historical persecution. Women, in particular, have suffered greatly – as they have been and continue to be victims of sexual violence.

Much of Nadia’s advocacy work is focused on meeting with global leaders to raise awareness of ISIS and its genocidal campaign against the Yazidi people. Nadia is the President and Chairwoman of Nadia’s Initiative, which actively works to persuade governments and international organizations to support the sustainable redevelopment of the Yazidi homeland and to support survivors of sexual violence. 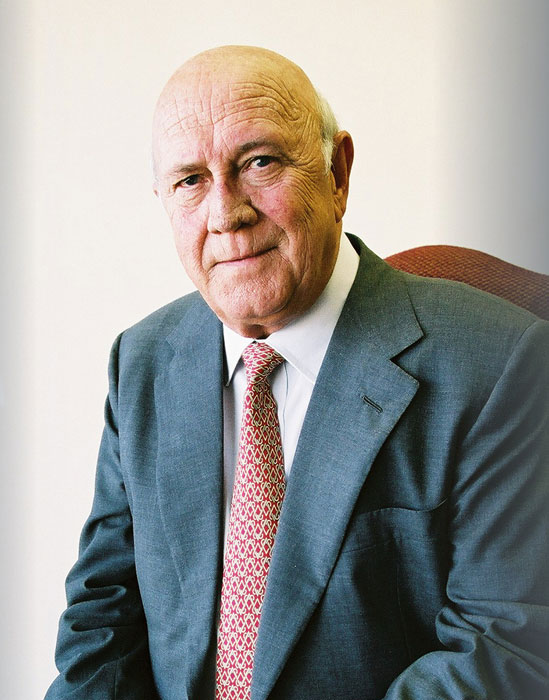 During his presidency from September 1989 until May 1994, FW de Klerk dismantled apartheid and initiated and presided over the inclusive negotiations that led to the adoption of South Africa’s first fully democratic Constitution in December 1993. Also in 1993, together with Nelson Mandela, he was awarded the Nobel Peace Prize. After the election on 27 April 1994, Mr De Klerk served as one of South Africa’s two Executive Deputy Presidents until 1996, when his party withdrew from the Government of National Unity. He retired from active politics in September 1997. In 1999 he published his autobiography, “The Last Trek – A New Beginning” and established the FW de Klerk Foundation.

The Foundation upholds the Constitution through the work of its Centre for Constitutional Rights and promotes unity in diversity by working for cordial inter-community relations and national unity. Mr De Klerk is also the Chairman of the Global Leadership Foundation, established in 2004, whose panel of former presidents, prime ministers and statesmen provides discreet advice to heads of government on issues that concern them. 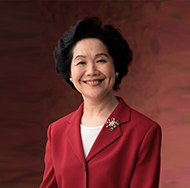 Anson Chan retired as the Chief Secretary for Administration of the Hong Kong Special Administrative Region (HKSAR) Government in 2001, after nearly forty years of service. As Chief Secretary, she headed the 190,000-strong civil service. She was the first woman and the first Chinese to hold the second-highest governmental position in Hong Kong. During her career in the public service she was responsible, amongst other things, for development of Hong Kong’s economic infrastructure including the planning and construction of Hong Kong’s new international airport, which opened in July 1998, port expansion and deregulation of the telecommunications market.

For the past ten years, Mrs. Chan has played a prominent role in the campaign for full universal suffrage for election of Hong Kong’s Chief Executive and all members of the Legislature. In December 2007 she stood as a candidate in a by-election for a seat in the Legislative Council and won by a convincing margin. Mrs. Chan is well known for her stand on transparent and accountable government, on democracy and on safeguarding the rights and freedoms enshrined in the “one country, two systems” concept that applies to Hong Kong. She is the Convenor of Hong Kong 2020, a small think tank concerned with democracy and governance issues and a founding director of Project Citizens Foundation Ltd. This Foundation promotes civic awareness and participation and educates the public, particularly the younger generation, on the need to protect Hong Kong’s core values, rule of law and basic rights and freedoms under “one country, two systems”. 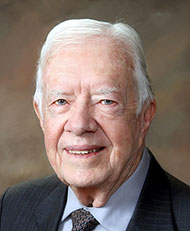 39th President of the United States
Founder of The Carter Center

Jimmy Carter (James Earl Carter, Jr.) served as the thirty-ninth President of the United States. Significant foreign policy accomplishments of his administration included the Panama Canal treaties, the Camp David Accords, the treaty of peace between Egypt and Israel, the SALT II treaty with the Soviet Union, and the establishment of U.S. diplomatic relations with the People’s Republic of China. He championed human rights throughout the world. On the domestic side, the administration’s achievements included a comprehensive energy program conducted by a new Department of Energy; deregulation in energy, transportation, communications, and finance; major educational programs under a new Department of Education; and major environmental protection legislation, including the Alaska National Interest Lands Conservation Act.

In 1982, he founded The Carter Center. Actively guided by President Carter, the nonpartisan and nonprofit Center addresses national and international issues of public policy. Carter Center staff and associates join with President Carter in efforts to resolve conflict, promote democracy, protect human rights, and prevent disease and other afflictions. The Center has spearheaded the international effort to eradicate Guinea worm disease, which is poised to be the second human disease in history to be eradicated.

On December 10, 2002, the Norwegian Nobel Committee awarded the Nobel Peace Prize for 2002 to Mr. Carter “for his decades of untiring effort to find peaceful solutions to international conflicts, to advance democracy and human rights, and to promote economic and social development.” 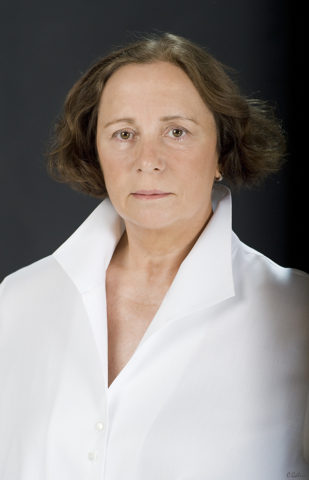 The 2016 O’Connor Justice Prize was given to Ana Palacio, member of the Council of State of Spain and former senior vice president and general counsel of the World Bank Group. Minister Palacio was also the first woman to serve as the Minister for Foreign Affairs for the Spanish Government from 2002 to 2004. Throughout her varied and impressive career, Ms. Palacio consistently earned a reputation as an ardent defender and protector of the rule of law, human rights, judicial independence, and press freedom. Minister Palacio’s passion for the rule of law and human rights was evident when as a member of the European Commission’s panel established under Article 255 of the Lisbon Treaty, she was instrumental in ensuring the independence of the European Union judiciary, vetting judicial candidates for two levels of Courts of the European Union. In the early stages of the development of the EU as something more than a commercial relationship, Minister Palacio’s influence was pivotal to the incorporation of human rights into the fabric of the EU. Additionally, with Minister Palacio’s counsel at the World Bank, human rights and freedoms were elevated in financial analyses. 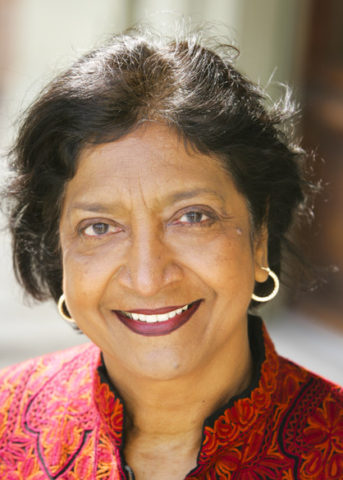 After years of working to champion the rights of anti-apartheid activists in South Africa, Ms. Pillay, of Tamil descent, was chosen in 1995 by newly elected President Nelson Mandela to serve on the High Court of South Africa, becoming the first non-white woman to hold that position. That same year, she was elected by the UN General Assembly to serve on the International Criminal Tribunal for Rwanda, where she worked successfully to establish mass rape as a form of genocide. In 2003, she was elected to the first-ever panel of judges of the International Criminal Court, serving until her appointment as High Commissioner in 2008.