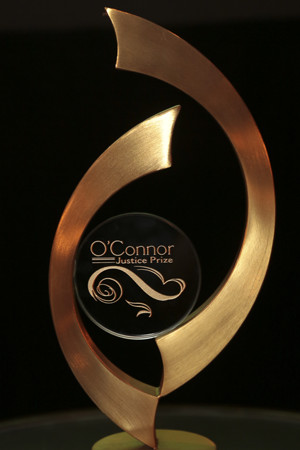 Throughout her long and distinguished career, Justice O’Connor has been a powerful champion for the rule of law, particularly the need for an independent judiciary.

After stepping down from the Supreme Court in 2006, Justice O’Connor’s advocacy for the rule of law took on a global dimension. She has traveled the world to visit new nation-states and spread her message of the rule of law principle, the systems that make it function, and social justice. She has taken part in programs to bring more women into the judicial branches of nations in the Middle East. For example, in 2003 she headed the U.S. delegation to the Arab Judicial Reform Conference hosted by Bahrain, a country that had enacted universal suffrage only the year before. Justice O’Connor is also a special advisor to the American Bar Association Rule of Law Initiative, which has seen its reach grow to about 60 countries in Africa, Asia, Europe, and South America. Further, Justice O’Connor is passionate about promoting rule of law education in U.S. and international law schools. In her words, “We need law schools to provide opportunities for their students to get engaged immediately in worthy activities that further our goals as individuals who care about the rule of law.”

In 2014, a group spearheaded by the Honorable Ruth McGregor, who clerked for Justice O’Connor during her first term, developed the O’Connor Justice Prize to honor the justice’s legacy of tireless work on behalf of the rule of law.

The Honorable Sandra Day O’Connor, former U.S. Supreme Court Justice, was the first woman on the country’s highest court, serving from 1981 until her retirement in 2006. Justice O’Connor has devoted her life to public service and has been actively involved in promoting the rule of law and judicial independence around the world. She is the founder and chairperson of iCivics, Inc., an organization that promotes civics education and encourages students to become active citizens through a wide array of free, interactive games and activities. Justice O’Connor is also Honorary Chair of the O’Connor Judicial Selection Advisory Committee, part of the Institute for the Advancement of the American Legal System, which is dedicated to advancing the selection of impartial, qualified judges.

Numerous awards from a variety of organizations across the country bear the Justice’s name. However, the O’Connor Justice Prize is the only one that recognizes her overarching efforts on behalf of judicial independence, global rule of law, and international human rights.

When defining the essence of the O’Connor Justice Prize, an advisory board composed of judges, attorneys, ambassadors, and scholars worked to capture these aspects of Justice O’Connor’s work by honoring those who reflect her ideals.

Thus, the O’Connor Justice Prize not only honors Justice O’Connor’s enduring legacy, but also raises awareness of rule of law initiatives and recognizes people who have made extraordinary contributions to advancing the rule of law, justice, and human rights.

The event draws nationally and globally known jurists, legal scholars, ambassadors, and philanthropists. Numerous judges on federal and state benches, many of whom served as clerks for Justice O’Connor, have also attended. The Honorable Madeleine Albright, former U.S. Secretary of State, recorded a videotaped greeting for the 2016 O’Connor Justice Prize Dinner. 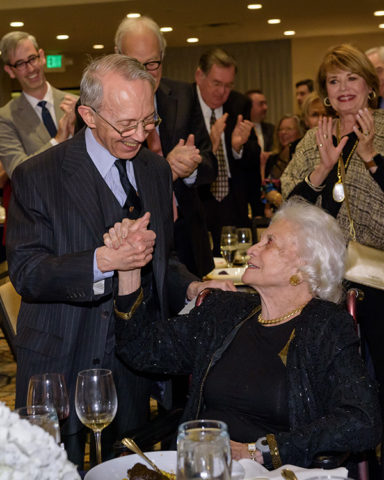 In order to secure the viability of the prize going forward, the Board seeks patrons who share Justice O’Connor’s commitment to promoting the rule of law around the world. We hope you will consider joining us to help establish the O’Connor Justice Prize as an enduring symbol of that shared commitment.